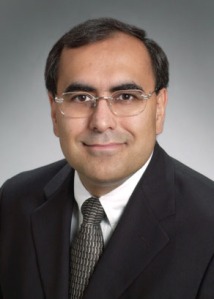 With nearly three decades of experience in pediatric medicine, Dr. Ramesh Sachdeva works at Nicklaus Children’s Health System in Miami, Florida as senior vice president and chief clinical officer. In his previous role, Dr. Ramesh Sachdeva served as the associate executive director for the American Academy of Pediatrics (AAP), where he worked on several important projects, including as project director for a study titled ‘Awareness and Access to Care for Children and Youth with Epilepsy.’

Childhood epilepsy is the single most common brain disorder in the United States, with more than three million diagnosed with this condition. Almost two-thirds of children diagnosed with epilepsy will eventually outgrow their seizures upon reaching their teenage years. Despite this, it is still essential that parents monitor their child’s health, maintaining a healthy lifestyle and taking their child in for regular doctor’s visits.

Even in children that do not only have one seizure or don not quickly outgrow their seizures and need treatment with medication, but the long-term effects also are typically small and do not warrant too much worry.